Welcome to Run Royal. This site is here to share knowledge, opinions, personal experiences and to connect with like minded heads on Hip-Hop music and it’s culture. Straight shooting the substance without bullshit in between. Think of this site as something like a fan boy talk show, with regular segments, known only here as (Know the Ledge). Our store will provide an outlet to release any product that we are directly involved or co sign with. This will come in due time.

Take a look around and get to know what will quickly become a place of priority when you want an informative and personal look into Hip-Hop and all that it encompasses.

If you have something you want to share with us, hit us off at contact@runroyal.com

Posted in THE NEW STYLE

Go cop the vinyls in either black or white. Don’t sleep! 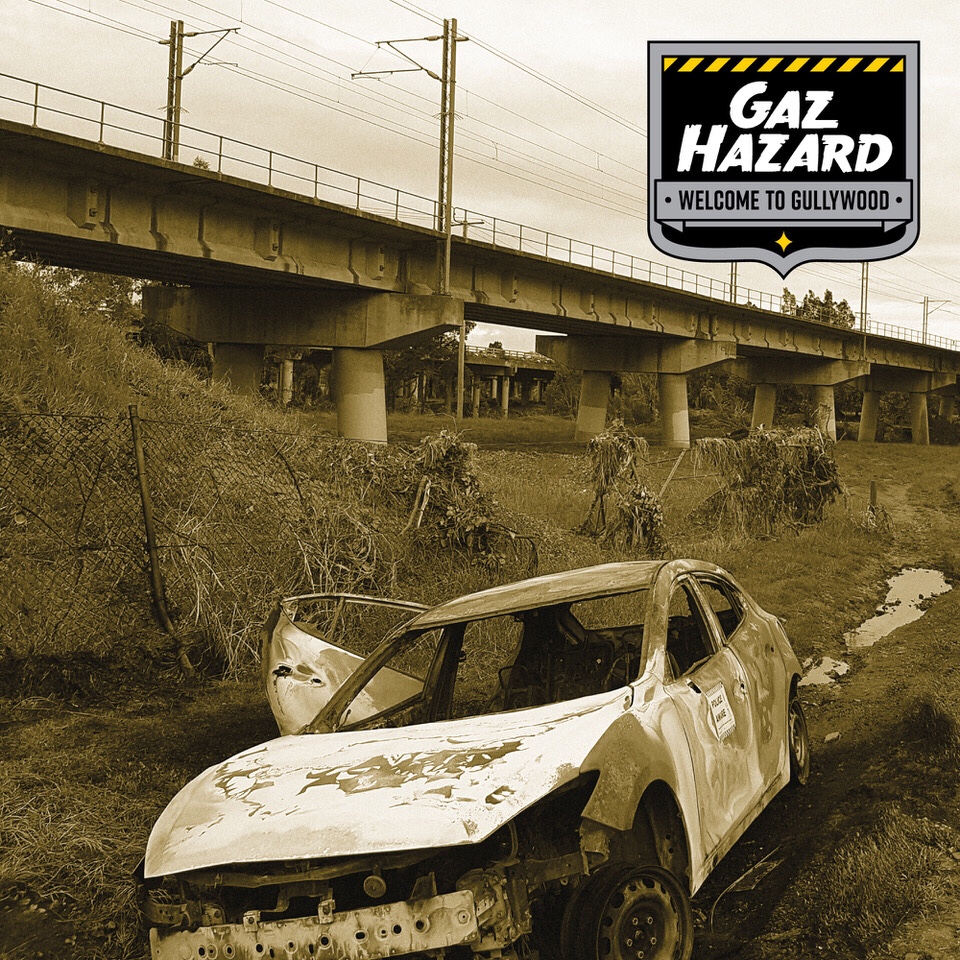 Brisbane’s home of hip-hop, Karsniogenics are proud to present the sophomore release for GAZ HAZARD and his label debut, the uncompromising and incomparable, WELCOME TO GULLYWOOD.

Following 2012’s cult classic Hazardous To Your Health, W2G plays as the perfect juxtaposition between Gaz’s criminal past and his current path in life; as a family man, business owner and MC.

After a lifestyle change and rebuilding Gullywood Studios Gaz decided to commence work on the follow up to his independent debut, 6 years in the making, W2G works as Gaz’s salvation and redemption, a testament to a life lived and the lives lost along the way.

The title track WELCOME TO GULLYWOOD kicks the album off with features from 750 REBELS veteran KEN OATH on the hook and a standout second verse from one of Gaz’s great friends, another stalwart of the Australian hip-hop game of both Hired Goons and 750 Rebels crews; the on stage and microphone monster BIGFOOT.

WU TANG is a LAZY GREY produced burner that elaborates on Gaz’s time spent on the opposite side of the law and how the music then influenced his actions and continues to do so to the present day. A vivid true story of underworld dealings that Scorcese himself couldn’t have scripted.

Wretched poetry is the order of the day on INCOGNITO. Produced by and featuring long- time friend, collaborator and Hired Goon veteran TORNTS, the two street level warriors trade bars like Spartans over a murky and belligerent soundscape that is without doubt an album highlight.

Prolific Adelaide producer REALIZM contributes three heat rocks with one of the standouts being HINDSIGHT. An amazing and soulful production, REALIZM lays the perfect bed for Gaz to give you a brief insight into how he used to live, in his own words;

“As a young man I got involved in some heavy shit when being infiltrated by an undercover cop in a police investigation where they offered sums of cash for lists of goods. This is called Entrapment but it’s a law that does not exist in this country and so the whole crew got pinched and copped our charges on the chin.. As you do in my world.”

Alongside the afore mentioned highlights, packs a crew heavy ensemble without sounding guest heavy or overbearing. GAZ HAZARD shines alongside the likes of KEN OATH, BIGFOOT, TORNTS, LAZY GREY, SUSS ONE, JAKE BIZ, OVERPROOF PETE, SIMPLEX and PORSE 1 with a heavy roster of production assists from LAZY GREY, TORNTS, REALIZM, HEATA, AKIDCALLEDCHUBZ and DONTEZ of KINGS KONEKTED; all showing up to lend a fluid and complete sound to the album. Karsniogenics Head honcho DJ DCIDE lends cuts to several tracks while also overseeing the overall arrangements and flow of the record.

WELCOME TO GULLYWOOD plays like Gaz’s magnum opus, an amazing collection of tracks that display phenomenal growth as not just an MC but as a man. As an MC, Gaz brings an incredible ear for beat selection – on clear display across W2G – and spits with a brutal honesty few could muster, because very few have tread the path GAZ HAZARD has. WELCOME TO GULLYWOOD is as entertaining a listen as it is intensely personal and brutal.

A funky journey through the heart and mind of someone that has been there and lived it, WELCOME TO GULLYWOOD. 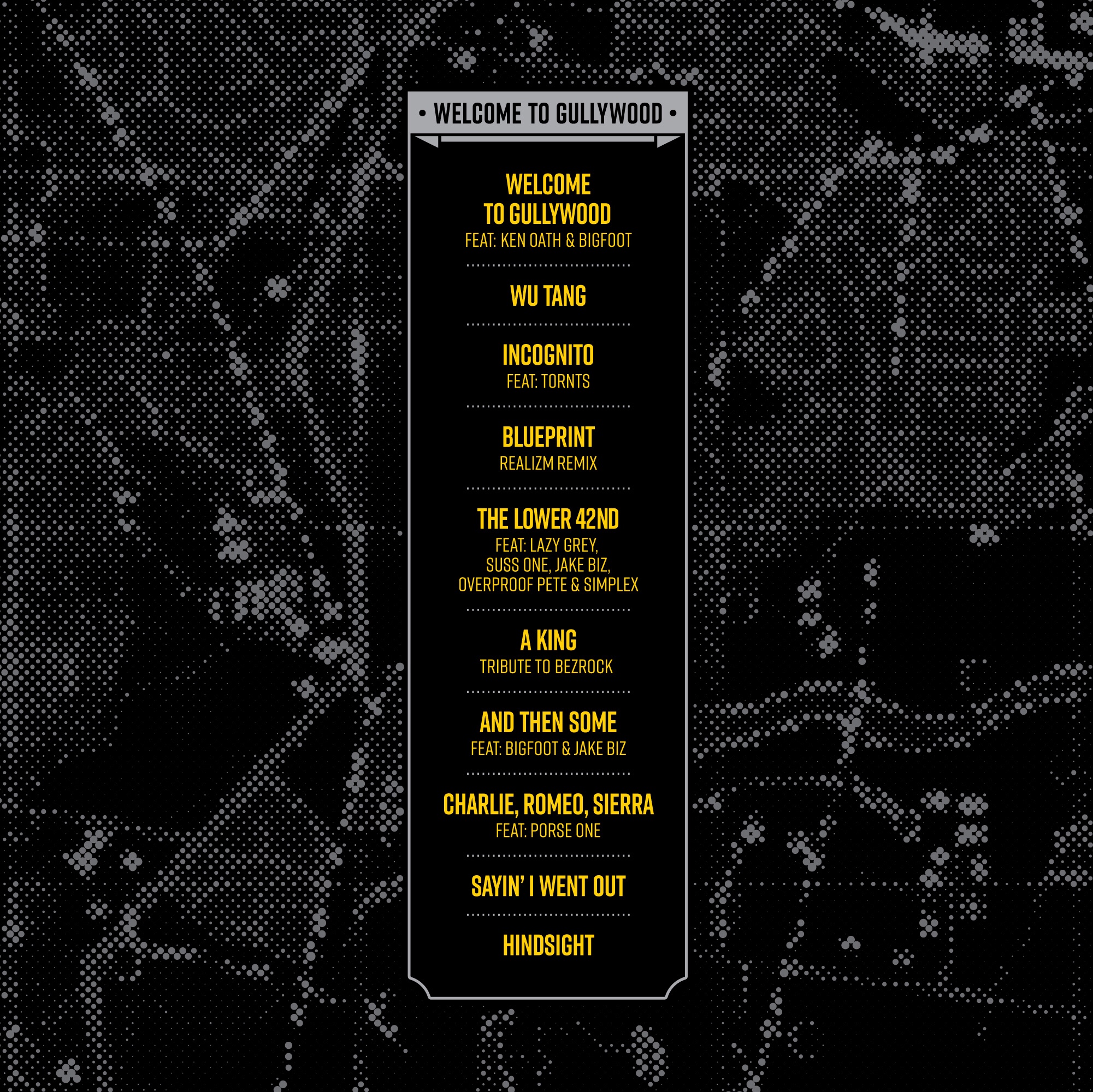 The fucking live guy with the glasses laying some hypnotic bass and chopped keys for the Cali native, Fashawn. All I wanted from it was another verse!

Back to the Lab Book

Raph boogie’s back with another, 214 page full colour documentation of production nerds in their labs.

Independent producers and DJs have been busy creating world class music in bedrooms, kitchens and garages for years. Meanwhile, photographer Raph Rashid has traveled the globe, gaining access to these inner sanctums, one by one. The tremendous variety of set-ups and layouts used by in-home producers is artfully documented in the pages of Back to the Lab. Intimate photos of the creators amongst their instruments, gear, record collections and ephemera offer unprecedented access. Notes about the producers, their environment and “essential” releases round out this love-letter to the underground.

Posted in ARTS & CULTURE, HISTORY (not his story), LOCAL KNOWLEDGE 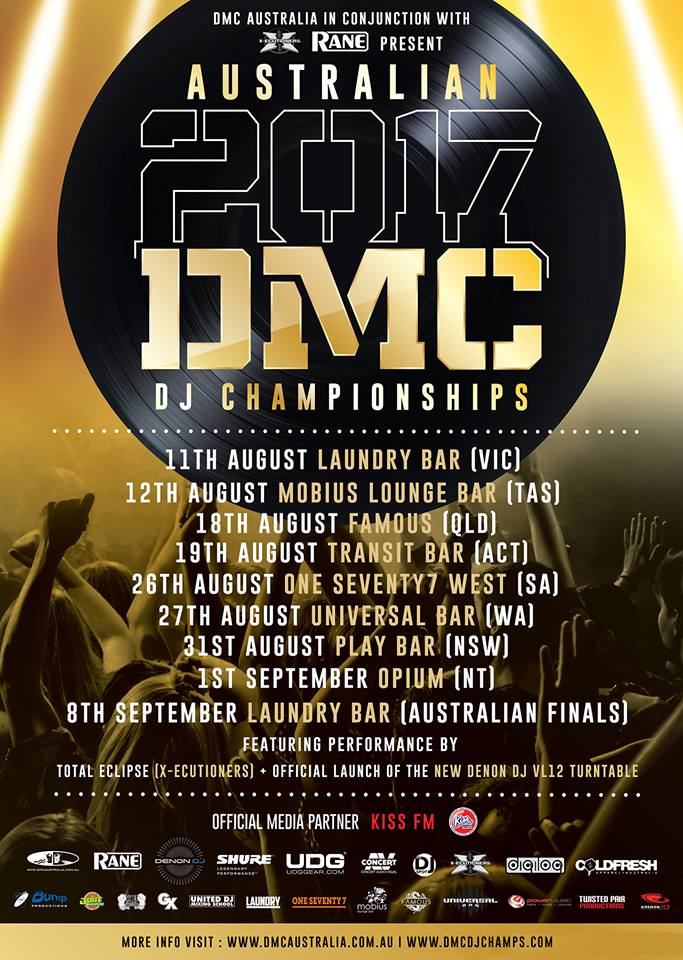 Once again it’s on! 2017 DMC dates are here. This year has seen a major resurgence of the Hip Hop DJ and a new generation coming through flying the flag. But I must say, there are some fuckboy stiletto button pushers out there that need to be served a few lessons this year!

Victoria starts off proceedings on August 11th 2017. Keep an eye out for the kid Wallzee (VIC) who is hungry as fuck to take out weak toys. Go in homie!

Legend Total Eclipse of the mighty X-ECUTIONERS will be showing his skills for all y’all scratch junkies to froth over!

Hit up http://www.dmcaustralia.com.au for more info.

Karsniogenics MC “Suss One” will be bringing the heat at the end of this month for the launch of his EP “Konekt Game”. Suss has been around for a minute now and is sure to smash this out the park with a stellar local line up and hosted by the king Len-One.

Gaz Hazard & DJ DCE will back the great man on stage, ensuring a killer night for all fans.

Pre-sales are available here at http://woollymammoth.com.au or 20 clams on the door.

With an emphasis on quality designs and garments Australia’s hip hop pioneers, the 750 Rebels are set to launch their new clothing based web store.

The 750 Rebels have been active as a collective within hip hop culture in Australia for almost 20 years and have solidified their place among the greatest crews in the country.
Their “hockey style” logo – designed by graffiti pioneer Malis – is immediately identifiable and synonymous with the group’s unapologetic approach to music and art.

For the past decade 750 have sold out their limited logo print T-shirts and hooded jumpers upon printing having rarely met the demand that existed for their clothing.

With the new web store 750 Rebels aim to not only fulfil the demand for their product but introduce new and limited designs, kicking off with their “Visionary” crewneck jumpers.

Inspired by the Los Angeles based skate and footwear company Vision Street Wear, the crew have reinterpreted the celebrated branding with a focus on the future.

Having vision requires the knowledge of what once existed and the focus to reimagine the possibilities of what can be, the way we dress is an extension of our individual creativity.

With roots entrenched in the traditions of hip hop music and culture the infamous 750 Rebels have their sights set firmly on the future of their brand, and beyond that, the future of global streetwear.

The 750 ‘Visionary’ crewneck jumpers are available tonight from 7:30pm AEST at www.750rebels.com. These are mad limited. Don’t sleep!

PUBLIC ENEMY – “Nothing Is Quick In The Desert” (FREE DOWNLOAD) 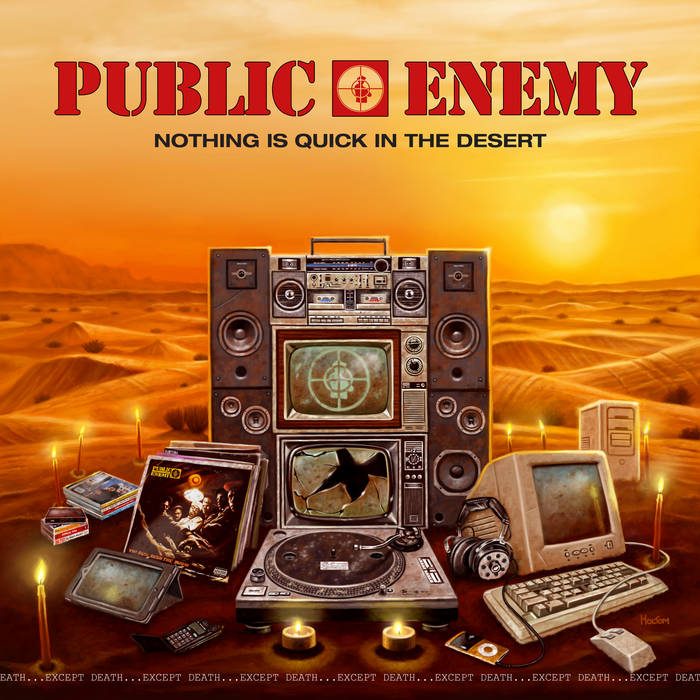 Legendary Public Enemy have just released their new studio LP on their 30 year anniversary and have decided to give a lil’ sumthin back to the fans worldwide as a massive thank-you…..a free download of the said LP.

Thank you PE and now a word from the Minister himself….

Great interview from Ronan of Hippo Rex with the Konekted Boys on their recent trip to Melbourne. Dude checks the resume and knows his shit. Alot of history covered here. Hit the links below.
Be sure to catch them on their national tour. Adelaide’s up next, July 8 @ The Edinburgh Castle Hotel.

Posted in ARTIST INTERVIEWS, HISTORY (not his story), LOCAL KNOWLEDGE, THE NEW STYLE