Don’t Sweat the Technique – Round 5 Results

Here’s the results from Round 5.  Solid round, I thought people might have had a tough time picking the Must Volkoff and Indiseus but alas, seems like you all got it right apart from the split votes between the Brookes Cullings and Servo beats.

Lets see what we can come up with out them dust bins for Round 6!

Drop a comment and let us know how well you picked it and what made you pick em.

Dont Sweat the Technique – Round 5

This month I reached out to our DSTT main stay regular Servo for a sample to flip. He hit us off with one of his recent op-shop digs Dudley Moore (British actor/ Jazz Musician) – The World of Dudley Moore. I would have picked this up for that hair alone. That mop perm stay one hunid son! 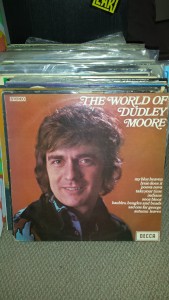 Servo dropped a gem on us, choosing, ‘A sad one for George’. Slinky Jazz bass, aired out keys and dusted grooves on this joint.

Thanks to all producers and servo for supplying the dig. From the feedback I’ve had I think we all enjoyed making something out of this sample, there was so many options.

Take a listen to the OG and peep the parts used for the beats and take a guess at who you think made what. I’ll follow up this post with the results next week.

Don’t Sweat The Technique – Round 2 Results

Dope round this month. Everyone put in work on this sample. A standout for me was Servos using the vocal and his trademark chops, props to everyone involved.

Looks like the public picked the Dontez and Insideus but were pretty split between the Servo and Dkues.

Don’t Sweat The Technique – Round 2

For our second round, AkidcalledChubz hosted and dug ‘David Porter – I’m Afraid The Masquerade Is Over’ taken from his third album ‘Victim of the joke? An Opera’.

You’ll know this classic sample as it’s been flipped by many producers around the world. The beauty of this one is there is so many different parts you can chop and blend, originality is the key!

We invited Servo, Dkues, Dontez and Insideus to flip the script with it. Have a good listen and cast your vote before next Tuesday.

10 seconds sample time is 10 questions put forward to some of the most talented, underrated, slept on and unappreciated producers Hip-Hop has to offer. This installment, we knocked up a little studio tour video and put our ’10’ to Brisbane local Producer/MC Insideus from Exit Strategy.

1. You’ve just pulled a gem of a sample, chopped it up or whatever your process. When it comes to a sequence for a track you just can’t get that vibe your after..What comes next?

If the chops don’t work the way I intended to use them I’ll usually try pitching up or down heavily, making them note-on and using delay, things like that to try move it away from the original sound. Most the time that happens it actually turns out better than I had envisioned from the beginning. But if that doesn’t work out its onto the next record.

2. Can you remember what the first record you sampled was and are you constantly looking back at old stems to see if you come up with something new?

If memory serves me correctly the first thing I sampled was a Pavarotti CD from a discrography set my folks had lying around back in 08/09. I got into sampling wax a few months in once I could afford a turntable and started hitting Salvos and Vinnies. The first sample I used from a record was a Henry Mancini soundtracks joint. I’ve never really gone back to a beat and tried to flip the sample, re arrange drums or whatever. I probably could resurrect some old archived shit but I’m too much of a fiend for new samples. However, when I run out of new records I’ll often dig through my stash and resample something I couldn’t utilise back then.

3. Has the way you approach beat making changed since you’ve acquired your most recent piece of equipment/software.

Yes. I recently bought an MPC1000 after trying out a friend’s 2500 and that has deinitely changed the process. I’d been working with software (Fruity Loops, Cubase, then Logic) and a midi controller so it took a bit of time and frustration to get used to but in the process of trying to recreate my software based workflow I’d come up with a different strategy anyway. Now I find myself being much more meticulous with it – chopping different records and trying to mesh the sounds, getting the most out of a breakbeat instead of looking to a drumkit, sampling a single note and creating an instrument. This of course can be done in software one way or another but I’d often get distracted with mixing on the go due to the amount of tools you have at your disposal with a DAW. In my case less was more

4. How did selling your beats come about and are most sold locally/international/even spread?

I started selling beats about a year ago once a few emcees starting hitting me up at gigs and on Soundcloud, some locally some interstate. Mostly Brisbane guys. I’ve been holding off on selling stuff via Soundcloud lately though because I’m building a catalogue to eventually shop to artists I’d like to work with, on top of producing for my crew, Exit Strategy.

5. Production influences past and current.

My biggest influences at the beginning were Stoupe and DJ Premier. Later on once I’d delved deeper into hip hop it was dudes like Necro, Alchemist, J Dilla, Pete Rock, Hi-Tek, Harry Love, Kev Brown.

6. Incredible production but the MC let it down. Name a track or album like this

I’m a sucker for listening to a track even if the emcee is kinda weak but the beat is tight. But if I had to pick a track I’d say ‘J Dilla- Featuring Phat Kat’. The verses never seemed to gel with the beat to me. Regardless, it’s still on heavy rotation.

7. What do you think gives a producer a signature sound, how much do you think equipment/software and sample selection has to do with it over their processes used.

To me it’s all about sample selection. Especially drums. But there’s many other things that come into play when forming a signature sound – groove of drum patterns, the way the samples are chopped/looped, basslines, general song arrangements, mixing. Certain equipment definately plays a part in it because a producer will form techniques, habits and workflow with their gear and interact with it in a certain way but it all comes down to the person behind the machine.

8. How do you feel about this statement in the essence of beatmaking. “I found the same sample via you tube”

Sampling from YouTube is cool until you come to the realisation that thousands of other beatmakers have that same sample at their disposal. Even though we’re in the genre of sample-heavy hip hop we must have some element of originality in our works, in my opinion. I used to sample a fair bit from it back in the day due to laziness – it’s easier to click a mouse than travel to a record store and spend your cash on wax. But once it came to mixing a sample that’s been downgraded by YouTube the cons quickly outweighed the pros. Nowadays if I stumble across something on the net I’ll try find the record and get it from the source. I enjoy the tradition of digging more than surfing the net. But if you can flip a track off YouTube and make a banger, it’s a banger.

9. You got 5k at your disposal, what are you going to buy for the stoods or would you take the nose blown and hookers route?

I’m quite satisfied with my setup right now although there is ALWAYS room for new gear. Custom built studio desk, MPC2500, a mixer with enough channels to run the MP’s outs to. With the remainder I’d hit that $30+ section at the record spots that I’m yet to touch but leave enough for some Jager and a fiddy.

10. What production have you got in the works and who would you like to work with in the future?

Exit Strategy LP is in the late stages now. Also got a few joints on the new Dwizofoz album. Once I’ve got my shit sorted catalogue-wise I’d like to work with Lazy Grey, Kings Konekted, Overproof Pete, Jake Biz, possibly some UK dudes like Trellion and Figment. Hopefully all attainable goals in the near future. Right now it’s all show ‘n’ prove.