What Ya Doin’ Buck?! 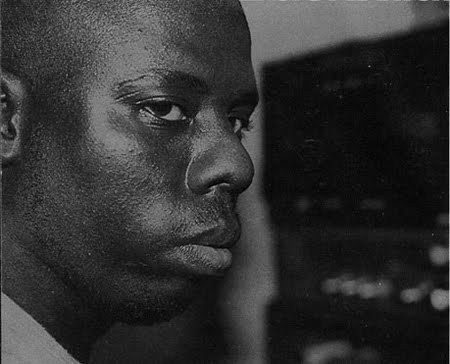 Without question 1997 was a busy year for Buckwild, seeing placements on albums by Jay-Z, Biggie, Diamond D, OC, Capone’N’Noreaga and Brand Nubian. What I’ve found most interesting though is that he appears to have sold the same beat twice in that same year, the Patrice Rushen sampling ‘Burn Me Slow’ or ‘I Been Gettin So Much $’ (depending on how you look at it) by OC and Royal Flush respectively.

I’m guessing OC got it first while recording Jewelz and it didn’t make the cut so Buck pushed it on to Flush for his Ghetto Millionaire album that dropped in early 98. Burn Me Slow, OC’s version (and in my opinion the superior use of the beat), showed up on Buck’s 4 track, Still Diggin Composition EP later on – that EP was also notable for containing the original version of Big Pun’s Dream Shatterer.

Either way I found it interesting and either way Buckwild wins.. Who uses it best? As I stated before, I’ll hand it to Omar Credle’s toast to getting toasted but Flush doesn’t slouch on it either.. Check below and you be the judge.

I Been Gettin’ So Much $ – Royal Flush

Posted on September 16, 2015, in HISTORY (not his story), NY REALITY CHECK, SHOW N PROVE, WHO'S IDEA WAS THAT! and tagged Buckwild, OC, Patrice Rushen, Royal Flush. Bookmark the permalink. Leave a comment.