10 Seconds Sample Time With Trem One

This month for our 10 seconds sample time segment I reached out to one of our country’s pioneers, Melbourne’s Trem one to get his insight and perspective on production in the culture. 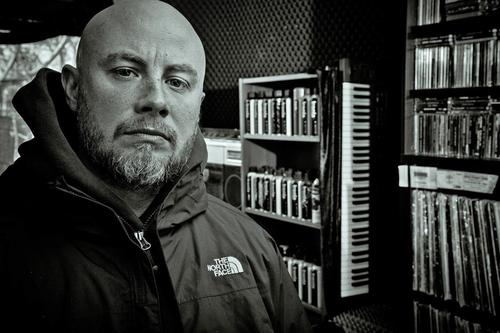 1. What was your first piece of equipment you made a beat on and who taught/mentored you?

As far as actually makin a beat? I first started playin round with two boombox’s speaker to speaker recording the break part of old school rap tracks usin’ the pause button method, then elevated to recording break-beats on wax when i got my 12’s and started seein’ how it worked. Eventually my eyes opened up to actual sampling thru my old homie DJ Frenzie and then DJ Idem. Idem’s weapon of choice back then was a Roland W-30 which seemed to be the stock selection for many Melbourne producers.

I ended up buying Prowla’s old W-30 not too long afterwards when he upgraded to the Akai S-1000 and cut my teeth on the art-form of sampling at home with that 8bit grit. Id been in a stack of sessions with all those guys looking and learning but Prowlz was definitely responsible for running me thru the extended process in detail so I could go about my business unhindered. As it turned out Rob and I ended up with his S-1000 as well and that was when I really started motoring on with production and started to formulate actual tracks.

Although as every producer knows, self teaching is part of the fun, the schooling I received from some of Melbourne’s greatest in the game was invaluable. Frenzie, Idem, Prowla and Jase all played hands on mentoring parts in varying degrees.

What’s your current weapon of choice for knocking something out?

I switch and change, I’ve used all from the W-30 to S-9, S-1000, ASR, MP and FL Studio… To be perfectly honest I’ve recently had a lil hiatus from the beat making game to focus on other aspects of the production process but in the lab at present is the trusty S-1000 for sampling. Sequencing wize I use Nuendo for all tracking from beat stems to vox.

3. How did you approach FTTOHNL from a production point of view in comparison to your previous solo ep’s which where such a long time ago…Did you dig back through the vaults for some beats or just mash out over a set time period and knock out a specific sound that you visualised.

It was a combo, my initial idea was to self produce the entire thing with the exception of one or two, but alot of the beats I had in the vault for my solo ended up getting used on crew product and I moved a couple others on to artists I thought they suited. Then my direction switched a little with the release as it progressed and I wanted more external input from the producto side of things. I guess that was a bi-product of me mentally transforming back into emcee mode.

The process took as long as it took to write the album, I legitimately sifted thru hundreds and thousands of beats from all over to fit the mould of what I was keeping of my own and to bring into the same frame as what was already established for the

4. Last production I heard from you was on P-Link’s – In my Element and the latest being from Kings Konekted – The Campaign. Are you very selective about who you give/sell your beats too or will we see more production from you, outside the circle you’ve already worked with?

Yes and know, my biggest bug bear is not having control once you let go of the production. Id rather work an entire release, even if I didn’t make the beats for every track, Id want to be involved in the whole thing to ensure the vision is executed correctly. I’m a little control freakish with that sorta shit, I hate hearing releases with varying producers and it’s all over the shop. It’s really gotta be conducive or it just comes off amateur. This happens way too much. Learning what suits your style and spending that extra time in getting your beats to all sit on the same plain is paramount in my opinion

5. I like your simplified approach to your beats with the intent for the MC to be the front man. How do you flip your samples without things sounding too overdone.

Cheers man, yep, no tricks. Straight up and down. I have alot of appreciation for beat makers who get flexi with it but unless your doin some instro only type shit Id much rather keep it reasonably simple for the MC to go for theirs. Drums are paramount, no doubt but it’s ALWAYS been the loop that gets me, from a dope double bass loop to some ill strings or nasty piano licks, when you hear that 1,2 or 4 bar loop that just makes you put your drink down and go what the fuck was that, rewind, that’s the shit. You know when you can just have it on loop with no additive for hours, that’s what I look out for first and foremost

6. Incredible production but the MC let it down. Name a track or album like this

Ohh, yeah, nice question… its a hard one…Id love to join in the chorus of many and say Group Homes first or Necro but they both really work! Fuck, this is hard… I’m sure I’ll think of something that fits this question better but off the head, without going thru the stash, U-God on most early Wu comes to mind.

7. What do you think gives a producer a signature sound, how much do you think equipment/software and sample selection has to do with it over their processes used.

I think it varies, and has done for ever. Ced Gee had the ill drum programming, Marley had the ill soul loops. RZA work them off time pianos and Preem made classics with half bar rawness on repeat. Any and all achieved greatness with varying record selections and equipment. From splicing samples with reel tape to SP12’s and MPCs, its all relevant. I think the signature just comes with mastering whatever works for you.

8. Name a track/album or producer that changed the way you approach your sequencing/sample chops.

Fuck… Yeah another good one, um… I can’t really say I’ve changed my shit since the beginning. I’ve never tried to re-create the wheel, that late 80’s to early 90’s style is what i adapted and continue to build with.

9. If you had to pick it based of critical acclaim and longevity who would you pick out of Dr Dre and DJ Premier and why?

Preem for mine on all accounts. I hate to sound blasphemous but since NWA Dre’s shit hasn’t done alot for me. Some cool shit here and there no doubt, but I’d take that rawness over the polish all day and Primo has perfected it.

I think beat wize it would stand up. I think lyrically it needs a little refinement, but the body is still there. I think the vocal delivery and overall mix needs a shitload of work but that’s a part of the learning process. It is what it is. But I’d take the pepsi challenge on the instros for sure, that shit still bangs…