Basic Fundamentals. 5 Trem Tracks You Won’t Hear On The Night 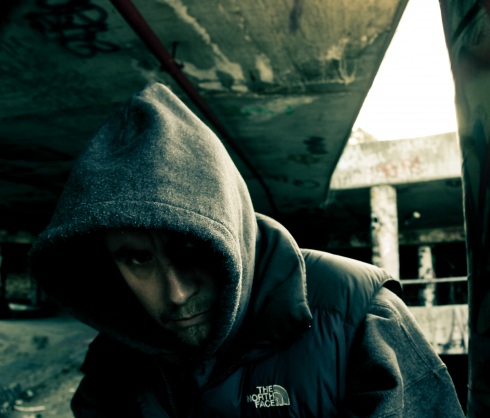 I remember walking upstairs at Rockinghorse Records when it was two levels on Adelaide st, around the corner from where it is now in Brisbane’s Queen Street mall. I was either just 18 or turning 18 when I picked up a flier for an upcoming hip hop gig at Ric’s Café, Trem featuring Rob Nat supported by the 2Dogs and – from memory – Seany B… I won’t bore you with detail after detail, but the following Sunday with the Blackstump cassette blaring out of my cousin’s ride we made the pilgrimage from the far flung southern suburbs of Logan City into Fortitude Valley. No one knew what was to come and where things would head over the coming years but even during those formative stages, the handful crammed in to Ric’s Cafe knew they were watching someone with a firm grasp on the craft of hip hop.

We were young and enthusiastic for live hip hop, particularly local hip hop and performances were sometimes few and far between. I didn’t know a great deal about “the scene” or Trem’s origins at this stage but the following week, or possibly the week following that, i went and got myself a copy of the Sheer Talent 12″(twelve bucks out the second hand crate). Not long after that i got the 12″ Trem was launching that night at Ric’s, Amateurs. Alongside a few other releases of the period i listened to those records intently, they were my go-to-guide, i was already writing and rapping but i learnt and developed thanks to those records. In the years following i found myself blessed to be sharing stages with Trem on more than one occasion, though only ever in a support capacity i still managed to thank the dude for making those two EPs…  I figured i owed him that much seeing how i’d probably written ten raps off the back of “Basic Fundamentals”. That shit was straight fire!

AKA: 5 tracks you probably won’t hear on the night.

Trem – I Can See Clearly

“One sunny summer Saturday at Prahran bowl..” I recall grabbing drinks and going down to Prahran bowl one not so sunny afternoon when i was visiting Melbourne. We were waiting for a soundcheck at Revolver and i was a little disappointed by the tail walking around – or more to the point – the lack of tail walking around. This track is timeless and moves with a Nas-like flow, its effortless even in story mode. The first verse on this can also be heard on The Formula tape where Trem trades bars alongside Brad, Lazy and Rob Nat over a Dilated Peoples beat (i think?).

The Jase remix of this was dope but I can’t go past the original, it’s perfect. I think Renown is possibly the greatest Australian rap song of all time, its that simple. GREATEST! I couldn’t pick one verse over the next, the chorus is intelligent with an amazing flow and the production is flawless… If you don’t own Prowla’s Lonewolf you should do something about that soon!

“I’ve got a twenty ready honey show us all ya axe-wound..” (Rob Nat)

Posse cuts don’t get much better than this track whether they’re American, Australian or Swahili. Lyrical Mongrels is still one of the toughest tracks around and is a quintessential piece of pre-commercial era Australian hip hop with the mighty LC teaming up alongside Adelaide’s Crossbred Mongrels (DJ Debris and Flak). The beat knocks and every rapper goes in hard with Trem rounding things out in style… From the first Culture of Kings record circa 2000.

This early collab with The Formulators is as insane today as it was the first time I heard it. I can only pay it the ultimate compliment in saying that it sounds like it could’ve been a down-tempo answer to Lord Finesse’s, Percee P and AG featuring classic “Yes You May”. Prowla’s production is hypnotic  and each verse is effortless with the flows. If your head doesn’t nod you’re not human… I always liked that shout out to “Blackstump in Brissy gettin bizzy’ at the end too. For no particular reason, i just did.

It’s hard to belive this track is 12 years old. It seems like just yesterday we were driving around in Ken Oath’s little blue Gemini bumping the Stage Is Set on repeat. We all loved the album when it dropped – and still do to this day – but the original mix of Press Release stays owning shit! From memory this version didn’t appear on the vinyl in favor of the remix… This track is a barrage of blackout rapping from Brad, Trem and Bob over a fuckin funky loop that we’d hear used again the following year on the DangerDoom project.

Delta – The End Is Near featuring Trem, Motion and Prowla

You could see that collab on paper and know that its going to sound fucking dope… Nuff Said!