Don’t Sweat the Technique – Round 3

This round I thought I’d mix it up and jump out of the comfort zone of just diggin something decent from the crates. My goal was to head to the local Vinnies with $10 and hit up anything, not even Kamahl was off limits for this one..Just grabbed whatever I could for that amount.

Turns out my local only had 6 records. You should have seen the old prunes face light up with delight when I copped all 6 haha. She followed by telling me how much she love the seekers etc..Run Royal stay helping out the needy and unfortunate by coppin’ them dollar joints. 6 clams in total. I had a little video done up of me listening through the records but my camera fucked out at the midway point. Pretty mind numbing stuff even with some comic relief. Maybe next time? 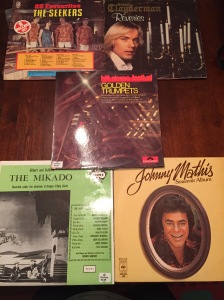 Anyway, this month I invited few more producers than you’ll see posted. They were either too busy, didn’t get the memo or straight pussied out when they heard what I can only describe as a pretty underwhelming sample but, it was all I could really find with some variation throughout. Did some research and this dude has a fuck off discog, I’m suprised I have’nt see more of his shit as most of it would have been pressed here in Australia under ‘Music for Pleasure’. Certainly made all three of us think outside the box a little this round.

Cheers to Lazy Grey and Matty Fresh for getting involved. Much respect!

Sample is The Magic of Kostelanetz – Seventy Six Trombones 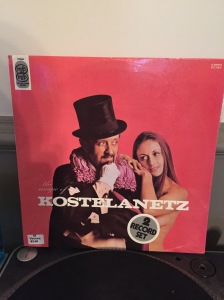