Back in 2011 (seems so long ago), with some solid savings and life presenting one of its many opportunities, I did what many before me have done, that being ‘the pilgrimage’ to the the worlds capital city, the mecca, the birth place of Hip-Hip culture (New York City).
Me and the wizz snagged a short stay apartment in the LES Manhattan,  immersed and embraced every aspect of being a mother fucking New Yorkers for a month; from getting to know my local pizza pie chef for the daily $2 slice of chicken and broccoli to pissing it up with the Rican’s at 2am fiendin’ that beef, beans and rice with the hot sauce from a truck on a stinking side walk of Brooklyn.

Story’s are many from that trip albeit, one that I’ll take the grave that’s worth sharing was the time Queens took over Tammany Hall in Manhattan for an barrage of unadulterated hip-hop for the Large Professor/Neek the Exotic – Still on Hustle release Party.
If I remember correctly, Sunday night I was briefly  trawling the webs for live venues and found the upcoming shows for Tammany Hall page. I lost my shit when I noticed one of the greatest MC/Producers was going to be hitting the stage the next following me reading this. The adrenaline started pumping with fan boy excitement right there and then. I said to the Mrs we’re going to this shit and we’re  rocking up for door entry EARLY!!

Monday night, I knocked back a few 40z colts back at the apartment as you do and deliberated whether or not I should take the DSLR and flash (glad I did). We turn up to the venue at 8pm on the button and not a single person in sight other than a fuck off sized bouncer who ushered us in to the stub bitch where we paid $20 each for entry into a intimate venue. The flyer stated ‘show at 9pm’ but being foreign to shows in NYC I figured we best be early with this line up and it’ll give us time to get slightly marinated and check my camera  etc..
About 45 minutes passed, I’m pretty pissy and I’m thinking what the fucks going on, there was all of about 15 people in the spot!?, “yeah it’s Monday but this aint Brisbane!! this is meant to be the fucking city that never sleeps” I said to my Mrs.  Went outside for a bit of polluted air to see if there were more out front…fuck all people however,  I met a guy from LA and after he hands me his business card and I tell him my name and business we realised that we did some business together a few years back (small world eh). We talk some shit, I get some fanboy photos with all the mad Queens rappers etc…Head back in and notice a few more heads have filled the venue out but probably only 30-40 max in the spot. Walking to the bar to get my last drink before shit kicked off, I was greeted by the towering Mayhem Laurenavich who says “what’s good” and hands me his CD…Sick cunt!
Finally the the show kicks off with Mayhem and J-Love warming things up. Few dudes behind me were baggin and booin J-Love. Granted he’s not the best rapper but he go alright live and  I  gotta respect the part he played in Mega’s ‘The Realness’.

General Steele, Graig G, Mr Cheeks, Cormega, Royal Flush, J-Love, Mic Geronimo all blessed the stage dropping in an out for some freestyle bars. No show of Trag and JuJu who were on the flyer but that was made up by the underboss, Lord Finesse grabbing the mic from behind the decks and dropped a gem of a verse.
Extra P and Neek went in and killed their new joints from Still on the Hustle, mad hype energy and crowd control! After their set was done and dusted, Cappadonna appears ended the night with back to back bars, blacking out in a chipher side of stage surrounded by performers and crowd.

What a fucking cracker of a night, seeing these dudes on home turf was truly amazing and something I’ll hold very close. Was like some VIP party shit. Below are a couple of photos I took from the evening along with a video I found on You Tube.
If you have the opportunity to travel to NYC..DO IT! 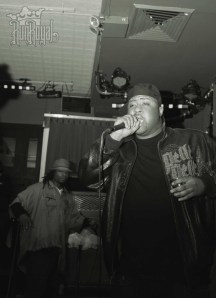 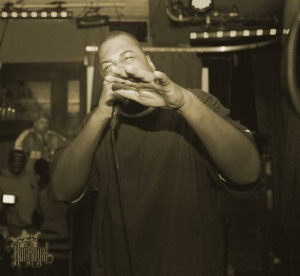